On Thursday, March 17, at 6 p.m. the International Affairs Forum engages with Jeff Rathke, president of the American Institute for Contemporary German Studies at Johns Hopkins University, to discuss German and European reactions to the war in Ukraine, the rise of populism, and Germany’s new role. 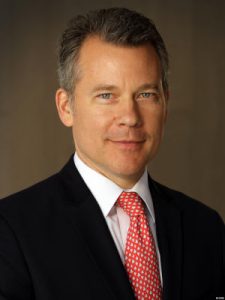 Rathke (left) served 24 years as a Foreign Service officer, dedicated primarily to U.S. relations with Europe. He was deputy chief of staff to the NATO Secretary General in Brussels. In Washington, he was deputy director of the Office of European Security and Political Affairs. He was a Weinberg Fellow at Princeton University. He also served at U.S. embassies in Dublin, Moscow and Riga, which he helped open after the collapse of the Soviet Union.

Join IAF on March 17 for a robust discussion moderated by John Zachman, Ph.D., professor in the Department of Political Science at Northwestern Michigan College. The virtual event will include public Q & A.

This program is free to current students and educators. There’s a $10 suggested donation for the general public.