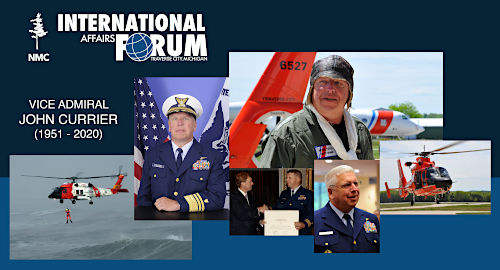 VADM Currier was the recipient of the Harmon International Trophy for aviation, which resides in the Smithsonian Air and Space Museum. He shares this accolade with the likes of Charles Lindbergh, Chuck Yeager, and “Buzz” Aldrin.

Join us for this virtual event via Zoom. All proceeds go to the Vice Admiral John P. Currier Aviation Scholarship at Northwestern Michigan College.

Free to students and educators.