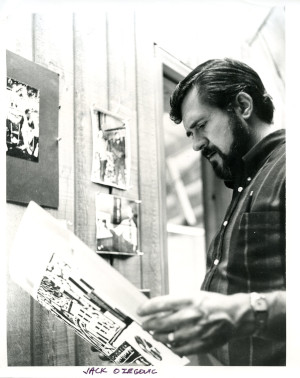 Jack Ozegovic, instructor in NMC’s Fine Arts Department for over 20 years, passed away December 15. He was 86 and a resident of Lawrence, Kansas at the time of his passing. Read his obituary here.

“I have learned sadly that we lost another very fine artist and elder yesterday. Jack Ozegovic, a great friend and mentor to me and many others, created the Printmaking department at Northwestern Michigan College back in the ’60s. Learning intaglio and lithography in that studio under his patient instruction, then working as his assistant, had a profound influence on me as an artist. He was also wise enough to boot my ass out the door after two years, insisting I go on to art school, when I was wavering about leaving. It was a true full circle honor recently to be hired by NMC and take over teaching that printmaking class. Thank you Jack. I will strive to do justice to that wonderfully analog shop that you created.” 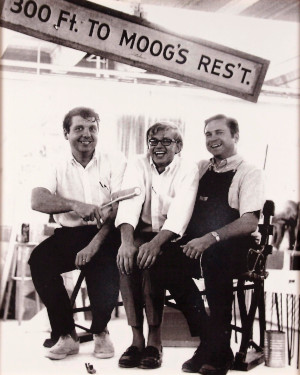 “Jack Ozegovic, Norm Averill, and I (right to left) were the beginning of the NMC Art department in the early 1960’s. We hired Jack from Gettysburg College, to develop the printmaking program at the college. It was his efforts and others who saw the major growth of the fine arts in the 1960’s and ’70s. Eventually, because of fine arts expansion, the art program moved into the Bauhaus designed Shirley Okerstrom Fine Arts Building on the campus. Jack is gone but not forgotten.”