The award recognize alumni with significant professional achievements and/or exemplary leadership in the local or global community. The three recipients named at NMC’s 2018 Commencement ceremony are: 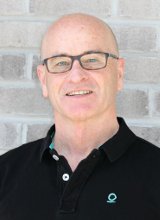 Ed Reynolds, 1973-78: Reynolds is the president and CEO of Quantum Sails, the world’s second-largest sail maker with headquarters in Traverse City and operations internationally, including a high-tech sail manufacturing plant in Malaysia and plant, designers and engineers in Spain.  Reynolds turned heads and broke into the elite sailing market in 2008 when on the starting line of the MedCup Circuit, his was the only boat without the then-dominant competitor’s sail. His team dominated the series and won the overall championship sailing under Quantum sails. The company has grown and prospered ever since, achieving double-digit growth from 2007 to 2015.

Dr. Robert Tanis, 1958-59: The son of NMC’s first president, Tanis at first floundered in college. With encouragement, however, he achieved a turnaround in his second year and embarked on a career in sciences. Highlights include serving as a researcher at the University of Michigan; as Director of Biochemistry at Michigan State University; at the National Institutes of Health and at Harvard Medical School, where his 27 years with the administrative team included serving as director of Harvard’s Genetics Department. In 2015 Tanis established the President Emeritus Preston N. Tanis Scholarship, a $100,000 endowment providing scholarships for NMC students studying the sciences.

Trevor Tkach, 1995-97: Tkach is the president and CEO of Traverse City Tourism, a position he began in 2016. Prior to that he spent a decade at the National Cherry Festival, including five years as Executive Director. During his tenure with the Cherry Festival, he earned wide respect for managing the event in a way that was respectful of local concerns while also serving the tourist population who are a lifeblood to the region. Tkach was named to the Traverse City Business News’ 40 under 40, an award recognizing the region’s most influential professionals under the age of 40, for eight consecutive years.